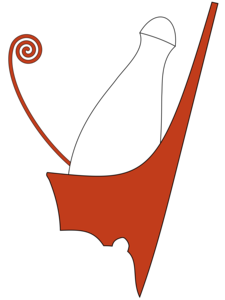 One of the most well known oil in all of rootwork has to be Crown of Success. This post is basically a reader request (from many moons ago! Sorry!) as I really hadn’t thought to cover this one since it is so well written about already. That being the case this post is going to be more of a reference to some of my favorite posts on the topic of Crown of Success. Of course I will be giving the recipes for Crown of Success Oil, and I’ll add some thoughts on making an incense, wash, powder and such as well.

Historically speaking success oils in general are old as shit. Oils baring the name Crown of Success go back to at least the 30’s in a commercial form. Hyatt collects a few success formula as well though they do not have the modern herbal trappings.

Uses & Spells For Crown of Success

A quick search will turn up a myriad of spells involving this oil. I’ll make not of the common ingredients below, but here I want to point out some commonalities.

The use of Psalms in magic is about as old as the psalms. The one I associate most with this work is psalm 65 (which I use in candle settings and spiritual baths associated with succes). I’ve seen a few others so I’ll start the list with these 3.

I also recently came across an interesting spell using Crown of Success oil & St. Expidite. She adds Peony root to this one which is not common in Crown spells so I thought I should mention it. Find that spell here.

Some of the most common uses of this oil are

Typically you would set a light (yellow candle) with a petition paper. The paper could be dressed with the powder version and the candle anoited with the oil. I’d also use the Psalms above in the prayers over the candle and any other bible verses that called to me.

So there’s about a million and one formula for Crown of Success. Every practitioner seems to have their own version and that’s great in my opinion. Use what works for ya! That being the case I’m going to start with a list of pretty much every ingredient I’ve ever seen in a crown of success, from there I’ll list out the most common version passed around today and with that you should have what you need to make your own Crown of Success oil recipe.

So my basic recipe is as below. I would probably start with that one, it’s a quick and easy formula to get you going and then you can tart it up as you please. I just want to suggest everyone take a look at the ldygry post and the zindoki post below as they both show super solid methods of making this (or any) oil.

Some notes on the essential oils, I don’t consider a success oil a crown type oil without vetivert and bergamot. So I will always add those two. The frankincense and sandalwood essential oils are both fairly expensive and just for nice in this case. The use of cinnamon is newish to me. I’ve been recently experimenting with the 1:6 ratio between cinnamon and bergamot that is recommended on zindoki below. This gets tarted up with the frankincense and sandalwood. Some like it some don’t YMMV.

Variations on a Theme

There are a million and one variations on this formula. It’s variability really allows you to start with a solid base and then customize it based on your needs at the time. Once you have a solid base though you can start to expand out from the basic oil into other success products.

A simple incense can be made by mixing:

Simply powder the herbs in the main formula listed above. Add a few drops of Bergamot and Cinnamon oils to the herbs and mix with it’s weight or a combo of Orris Root Powder and Cornstarch. Ta Da! Thought it was a hard didn’t you?

Add the essential oils of the core ingredients listed above to an unscented bath wash. Pray your chosen Psalms. You now have a success soap to use when you need to. Another option is to take the herbs and boil them in a quart of water. Pour this over you after bathing (possibly with the success soap??) while reciting your prayers. Get out and dust with the powder you made earlier.

The same process makes a floor wash. Boil the ingredients (I’d sans the resins though, add it back with an essential oil if you’d like) in a quart of water and then add to your mop water and mop your floors with it. Floor wash!

Alright folks, that’s my story today. Let me know how you use this stuff or make it in the comments below!