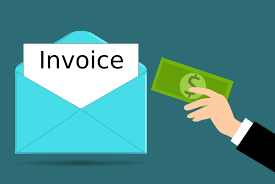 I think I’ll be keeping the intro on this formula somewhat shortly enter than normal, seeing as I believe most people have had the experience of being owed money and being dicked around in the process. That’s what Pay Me Oil is usually used for.

I recently came across a situation which I believed would warrant this oil so made some up. Ended up not needing it, but decided to do a write up on it anyway.

Uses For Pay Me Oil

The most frequent use of this formula is when someone owes you money and is avoiding paying you. This being the case it could be considered a somewhat coercive to downright commanding formula (depending on the ingredients of course).

Recently though I’ve become aware of many more situations where this formula could be useful. My wife and I are both business owners and freelancers, so it dawned on me that since I’m sending out invoices frequently and so is she, this would be a good offering incense and oil for our Home Money Pot.

I suggest it’s use in any business endeavors where services are rendered and money is expected to change hands at a future date. So for me this would be used perhaps weekly (say on Friday’s) as part of my daily spiritual work to ensure my outstanding invoices are paid in a timely manner.

Of course the formula can become a spell in its own right and frequently is. Just tart it up with whatever spiritual supplies fit the situation. The oil is generally used on green devil candles for instance.

A lot of workers are tight lipped on this recipe and as a result recipes for it tend to vary widely.

One herb that comes up in most every recipe though is Patchouli. This makes sense as Patchouli is an herb alleged to draw prosperity while also being protective. It can also be compelling in certain situation (like when you’re owed money).

The actual money herb representative in the formula varies though. I’ve seen Basil, Mint and sometimes Bayberry. Bayberry is much less common though.

Here’s my reasoning behind those herb choices:

So for me my base Pay Me Oil Recipe is simply Patchouli and Mint essential oils. Also, when I came across the basil / patchouli mix I made up a small batch of the herbs and burned them as an incense, maybe it was the McCormick basil but those two herbs burned together smell exactly like super cheap weed that comes crushed in the door of a station wagon. Give it a try and see for yourself!

Turning Pay Me Oil Into Bitch, Give Me My Money 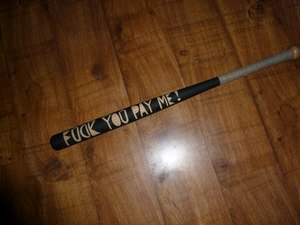 Liberally Anoint With Pay Me Oil For Extra Motivation.

Sometimes people need a bit more of a stronger hand, a little convincing to come through on their commitments. For these people a little more compelling is in order.

For stubborn cases there’s a few options. First would be to add some Calamus to the above blend. Calamus Root is controlling, but it also breaks jinxes so makes sense. If you feel it’s necessary to go stronger Licorice root makes a fine addition as well.

So, that’s my run down on Pay Me Oil, I’d love to hear your comments below!