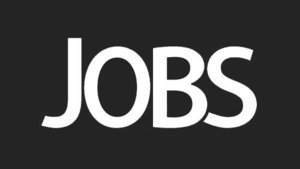 Ok, so here’s an oldie but a goodie. Steady Work oil is useful for a number of job related situations. I’ve seen some folks asking about this recently and decided to do a write up. It’s a very old formula which is developed from a traditional folk spell you’ll see from time to time. I’ll cover the traditional recipe and also go over some other common uses for this recipe. Finally, I created a recipe based on it to feed to my money pot specifically for freelance work (my wife and I freelance) which I’ll also share.

This is one of those formula’s you need to have in your arsenal as a component of your money drawing practice.

Spell To Get A Job

So the standard spell this oil comes from involves using salt to get a job. I’ve just copied it from somewhere I can’t remember (I think it comes from Hoodoo and Voodoo by Jim Haskins) and pasted it below.


“Before going to the interview place three grains of salt in a handkerchief and put it in your pocket. When you get to the place of employment, wait until you’re alone or the interviewer is somehow distracted. Then throw the salt into the north corner of the room. Within three days you will have the job.”

My first exposure to this trick didn’t include the injunction to throw it in the north corner, but to throw the salt where the interviewer will step on it.

The second variation on this I’ve come across (which is by far the most common seen on the ole’ inter webs today) is to mix salt and Gravel Root and throw that where the interviewer will step on it. Or to just carry the mix in your pocket. I think this is the actual origin of the Steady Work Oil.

So here’s how I make the oil:

So if we wanted to get super technical you could take some salt and gravel root and drop it into some oil and call it steady work. You’d technically not be wrong.

Lets look at each component and see what it adds.

For Incense or Powder – simply combine the three ingredients above. Equal parts will give a somewhat pungent smell due to the gravel root. Maybe do two to one on the benzoin to gravel root ratio. You could mix in some frankincense as well if you’d like. Also a combo of frankincense, benzoin, copal and dragons blood (which smells amazing btw) combined with the gravel root would be valid as well and would blend the pungency out a bit. Cinnamon could be added for some money drawing as well, same with patchouli.

To make a dressing powder simply powder the three ingredients and mix them with some corn starch or talc. Easy Peasy.

For Baths – you could simply make a tea of the gravel root and pour it over you for job hunting. Salt could be added as well. Benzoin resin won’t dissolve in water so skip that. You could add some of your Steady Work Oil blend to some epsom salt and add that to the bath as well.

If you’ve got problems at work with jealous coworkers for people throwing you shade you could add some agrimony and rue to the bath to wash off any negativity.

How To Use Steady Work Oil

You’ll want to use this to anoint a candle (green usually) for job work. You can pray psalm 23 and psalm 1 as well at that time.

over on the Lucky Mojo site she gives a couple of full spells for steady work that are worth the price of entry. One is to get a job and the other is to not get laid off.

Speaking of, a little steady work oil on your door knob of your office is said to keep you from getting fired. I’d imagine dropping some powder in your office so your boss has to step on it to talk to you would help as well.

My family keeps a money house spirit(s) on it’s own altar and in a pot. I’ll eventually do a post on how to make one as it’s easily been the most useful money work I’ve ever done. They’re great for developing a steady income to meet your financial needs. I first learned about the practice from a Draja Mickaharic book called “A Spiritual Workers Spellbook.” The pot gets fed about once a week and working with it I’ve learned a few little tricks for getting it to do certain things. One of which was bringing clients and keeping everyone in the house’s income steady. I developed the following recipe as a feeding oil for it to draw steady work in the form of clients and other odd jobs etc.

The Bergamot and Calamus oils are for adding dominance and control on the job. Calamus is also an Uncrossing herb. Benzoin is for the smelling pretty. The first trio of roots is your standard Steady Work formula. Agrimony is used to make folks look over your work. There’s an old trick to gain mastery on the job by mixing gravel root and master of the woods so that’s why that’s in there. Finally the lodestone and pyrite are to draw money. I very much have enjoyed using this formula to feed my pot and also to dress candles for spell use.

As always though YMMV.

Comments are always welcome! Let me know what you think!